A Short History of Vitamin D 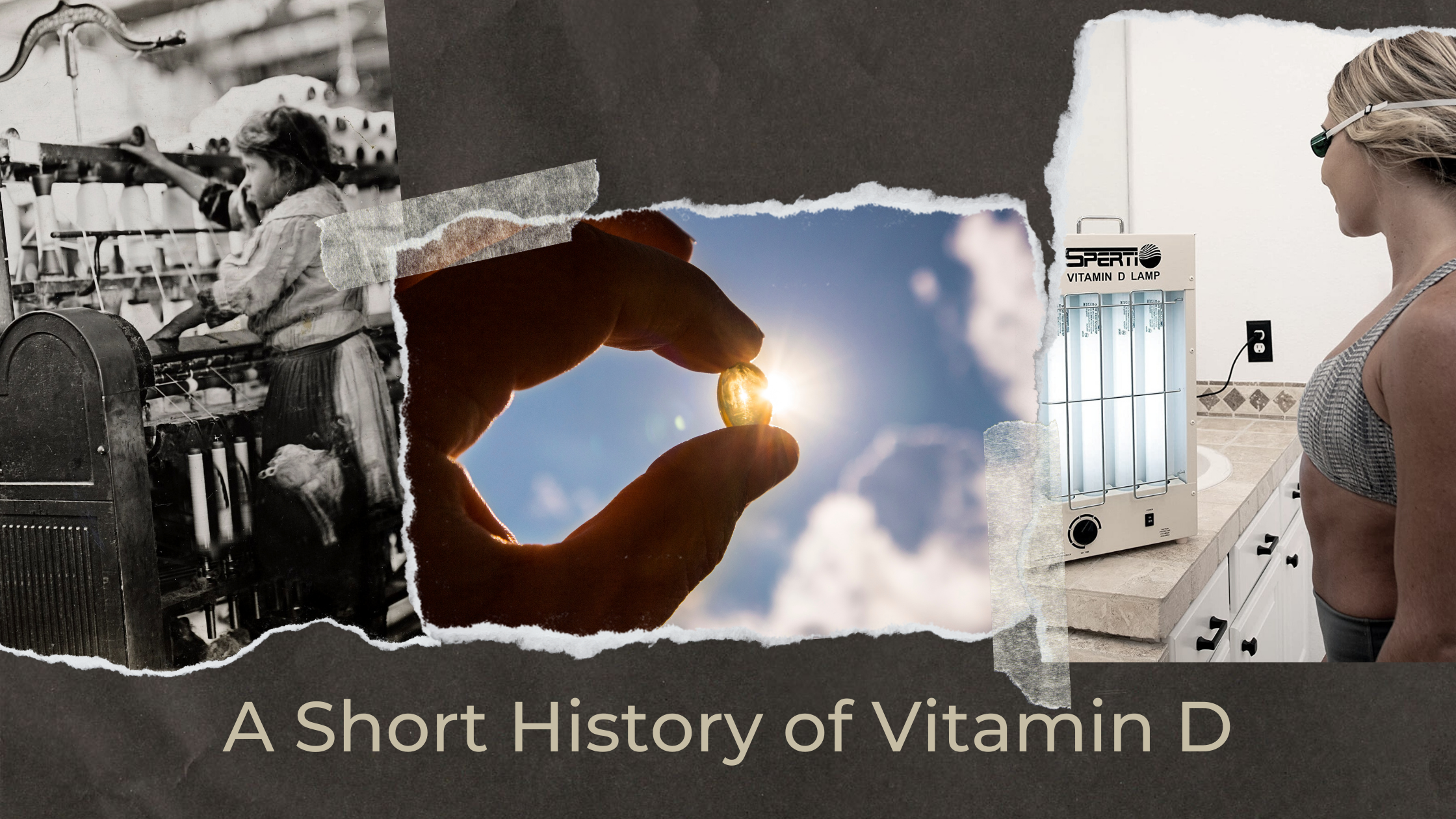 Many of us put little thought into the various vitamins and minerals that contribute to our overall health. However, the reality is that each of these has its own story as it was once simply an unknown substance. With this in mind, let’s take a brief look at the history of vitamin D.

It Begins with a Mystery

The quest to find vitamin D began with a bit of a mystery. In the 1600s, the disorder rickets was first discovered. Rare at the time, this condition was found in children and occurred when their bones did not calcify correctly. The result were soft bones that were easier to break and often exhibited by conditions such as bowlegs.

However, by the late 1700s, rickets had become very common throughout Europe. As we now know, the catalyst for this was people moving to urban environments where they stayed indoors and had little exposure to sunlight. However, at the time, it was a mystery as to the cause.

Researchers began looking for foods that could prevent rickets. This seemed reasonable as this had been a solution to other major conditions. For example, citrus prevented scurvy and grains were found to prevent beriberi. A cure was not found until the early 1900s.

In 1914, researchers in America discovered a substance that existed in cod liver oil that was dubbed Vitamin A. Edward Mellanby found that feeding cod liver oil to dogs prevented them from developing rickets. Thus, he hypothesized that vitamin A was responsible for preventing rickets.

Less than a decade later, Elmer McCollum conducted a similar experiment; however, he modified the cod liver oil, first removing the vitamin A. After feeding it to sick dogs, he found that the cod liver oil still cured the rickets. Thus, he concluded that vitamin A was not the cause of the cure but rather some other yet unknown substance. He named it vitamin D because it was the fourth vitamin to be discovered. From 1925 to 1932, research by various scientists helped identify the chemical structure of vitamin D.

In 1923, a biochemist working at the University of Wisconsin demonstrated the irradiating food with ultraviolet light increased the levels of vitamin D in those foods. This was originally tested on rodent food, which found that the irradiated food cured rats of rickets.

In the same year, Dr. George Speri Sperti invented a device that could easily irradiate milk to add vitamin D. Since then, vitamin D fortified milk is commonplace in America.

This discovery was patented and utilized with many types of foods including milk. As a result, rickets was almost completely eliminated in the United States by the 1940s. However, the final research into vitamin D would not fully understand its powers until the 1970.

During the early 1970s, competing researchers raced to understand how vitamin D worked within the human body. Ultimately, they found that ultraviolet light is absorbed by cholesterol molecules within the skin, initiated the process that makes vitamin D. Through a series of processes in the in the liver and kidneys, vitamin D is converted to an activated form. This is then distributed through the bloodstream where it regulates calcium.

Vitamin D and Your Teeth